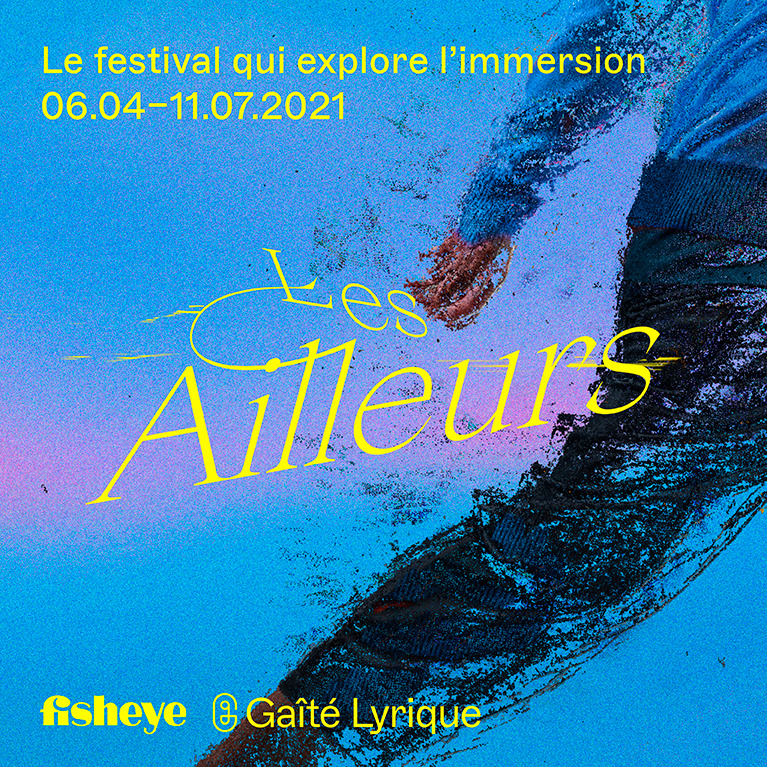 “We think we're going to make a trip, but soon it's the trip that makes you, or breaks you.”
Nicolas Bouvier, The Way of the World
If, during the lockdowns, we have learned to travel and lose ourselves on various computer networks, the attention economy often blurs our vision and makes us forget the question of the destination: where to go? or maybe “where to land?” (as Bruno Latour wonders), what are the distant or near virtual journeys that will make us or unmake us?
With immersive media, the choice of destination matters much more than an infinite scroll on social networks. And this is how the curators of Les Ailleurs scoured the map of their senses, coming back with a selection of trips - initiatic, symbiotic, introspective - possible wanderings in the land of a new understanding. The poetics of Rimbaud's “long, immense and reasoned derangement of all the senses” scrapes together with the visions expressed by new technologies in the era of the controlled carbon footprint: virtual reality, augmented, mixed, sound spatialization, interactive screens, interactive virtual worlds …
Embark with Les Ailleurs for new lands, altered perceptions, unprecedented bodily experiences, and invigorating cultures.
Viveport are proud to present, in partnership with Les Ailleurs, a virtual exhibition of artists working with immersive media.
Les Ailleurs is a continuation of VR Arles Festival, a festival imagined by Fisheye, co-organized by Fisheye and la Gaîté Lyrique, co-founded by Fisheye, Les Rencontres d'Arles and BNP Paribas.
With the support of HTC Vive, Viveport, Intel, CNC, Institut Français, Fabbula, Co/meta, Le Point, Libération, mk2, Arte, Radio France, Newstank, Trax, l’ADN, Toute la Culture, Galerie Cinéma.
Learn more about Les Ailleurs here: www.lesailleurs.art/en/